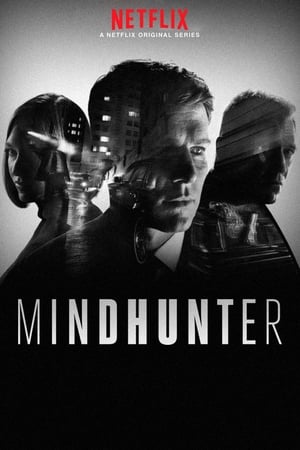 Making the rounds recently is the Netflix show “Mindhunter”, back in the news cycle because of the recent airing of season 2.

The show is about how the FBI developed its methods for profiling serial killers, and how that changed the way cases were investigated and suspects were caught. It is a gripping, intelligent, suspenseful, well-acted, and overall fascinating show. It is also boring, cliché-ridden, insulting, virtue-signalling schlock.

Where the show excels is where it deals with the stuff that actually happened: The interviewing of the serial killers, investigating real-life murder cases, and showing the main characters sitting in an office figuring out how all of this stuff will work out in real life. This makes up over half of the show (though not as much over half as I’d like), and keeps it compelling throughout.

The highlight is easily the actual interviewing of the killers, which is in turns incredibly fascinating and incredibly creepy. This is helped by universally great performances from the whole cast, especially the person playing the Co-ed Killer Ed Kemper, whose weird, creepy charisma makes it impossible not to hang onto every word he’s saying.

Where the show fails, and fails miserably, is where cop shows and modern Hollywood always fail: Made up bullshit and virtue signaling.
Our main character, Agent Holden Ford, is a plucky young kid Challenging the System Despite Opposition. Great, except that’s not what happened. The actual serial killer team didn’t face any opposition at all; they were just ignored at first, since nobody thought what they were doing was particularly important.

The height of the absurdity surrounding the office politics comes when the team redacts a part of their transcripts for…some reason? Because Ford used bad words? Because he went off script, even though they established the script was made up of loose guidelines? Whatever the reason was it was stupid, and of course they get caught and there’s an investigation, where it’s revealed their boss – who dislikes Ford for absolutely no reason and repeatedly talks about how much he disapproves of what they’re doing – is forced to take the fall for it. It was obvious Hollywood bullshit from the start.

The female characters in this show are silly at best and terrible at worst. We start off when Ford meets his girlfriend at a bar. She’s a spunky graduate student who is ALSO kinky and ALSO willing to sleep with him on the first date but ALSO she has no other personal issues that might lead to this sort of behavior. Smart, loose, kinky, but faithful and with no psychological baggage.

Ford’s partner, Bill Tench, gets an incredibly forced subplot where we learn his adopted son was involved in the death of a child and is pretty much Norman Bates. This is such a mind-boggling coincidence it’s impossible to buy, and it doesn’t help that the child *literally* never talks to them which means we *literally* get no insight into any of his thoughts or personality. It all culminates in Bill’s wife…maybe moving? Maybe leaving him? It isn’t clear, but clearly they were trying to lead up to the breakdown of his marriage and family life and I Just. Don’t. Care.

It at least helps influence the main plot, when Tench starts questioning the accuracy of their profiling – do the parents ALWAYS have to be terrible for someone to turn into a psychopath? – and this is very well done, sold by the excellent performance by Tench’s actor. So at least we get that.

The worst, the absolute worst, part of the show is Wendy Carr, a psychology Professor who joins the FBI’s team to help with developing the profiles and keeping their methodology consistent. Carr is also a lesbian, because no reason, and her unbelievably boring plotline involves her going on lesbian dates and getting a lesbian girlfriend, something that has *absolutely no effect* on the rest of the story and can be excised completely with nothing changing at all. I know this for a fact, since I fast-forwarded through all of her scenes and it made zero, and I mean zero, difference.

There is a bigger problem with all of this: The real woman Wendy Carr was based on isn’t gay, and has several children. Nor was she a Psychology professor – she was actually a forensic nurse (she was a Professor eventually, but of nursing, not psychology). Nor did she face sexism or homophobia in the workforce, but “institutional apathy” (translation: Nobody went out of their way to give her special treatment because she was a woman).

Think for a moment how insulting this is. We have a real woman who was really involved and did something extraordinary. She was a critical member of the team that changed the way we psychologically profiled murderers and completely revolutionized how law enforcement conducted investigations.

But that isn’t impressive or interesting enough. Oh no. She can’t be a nurse, even if she’s a teacher  – that’s too typically feminine a profession. Let’s make her a Psychology professor. Now THAT’S much more impressive. Hmmmmm, just being a woman isn’t really that impressive either, especially since her job is typically associated with women anyway. How about instead she’s a closeted lesbian. What a way to combat homophobia!

And of course they imply that she is getting sidelined on cases because of her sex and maybe her sexuality, and of course male FBI agents make creepy advances at parties. What a “realistic” portrayal of the good old boys club of the FBI!

Except, of course, it isn’t. There were already female FBI agents in the 70’s when the show took place, and by the actual person’s own admission she didn’t face misogyny but, again, “institutional apathy”. Not only that, she hadn’t even moved down to Quantico, so the opportunity for agents to make those creepy sexual advances barely would have risen. And she wasn’t being held back by her boss; she was actually less involved than the show portrays her as, and she’s working on other projects at the same time. It’s all fake.

Of course, lest we forget it is apparently contractually mandated that every single show or movie that comes out in the Year of our Lord 2019 somehow has to deal with the Plight of Women, or show how Strong and Powerful they are. So we get this silly garbage. It doesn’t help that her acting is easily the worst of the cast – though maybe I’m being unfair, since she has the least interesting stuff to do by far.

We get another silly scene where Carr goes off with their transcriber to interview a serial killer without Ford or Tench present. The interview is lackluster until Carr builds up a connection by mentioning her lesbian lover…

STOP. Great. You’ve just broken the suspension of disbelief, since I know the person she’s based on isn’t a lesbian and thus know for a fact the interview didn’t go anything like this. So I’m not watching a real deep-dive into the mind of a killer, but instead what Hollywood thinks that sort of thing looks like. And that’s much, much less interesting.

I say this all the time unfortunately, but it’s such a damn shame it has all of these problems, because most of the show is so, so good. The directing is top notch. The sound design and music are top notch. The acting is top notch. The writing, when they work on actual cases and actual interviews, is top notch. But it’s bogged down by so much virtue signaling and Hollywood bullshit that it’s impossible for me to give it an unreserved recommendation.

Go and take a look if you like true crime, but if you’re just a casual fan or this isn’t normally your type of thing this probably isn’t going to sell you. I’m not so sure the entertainment value will outweigh the annoyance factor.

It did for me though, so long as you’re free trial spamming Netflix, obviously, since of course we shouldn’t be giving them our money, give it a shot if you’re bored and have nothing else to watch.