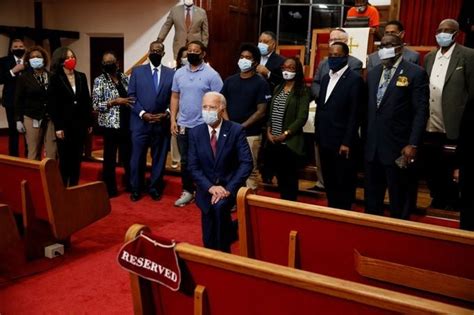 A controversy making the rounds on social media lately centers around the question of whether Democrat presidential candidate Joe Biden is Catholic or not.

Take note that “devout” is a word the Cultists trot out whenever they want to provide cover for a wolf in sheep’s clothing within the Church. Their past association of it with heretics like Nancy Pelosi has robbed the term of any meaning except, “Death Cult plant”.

That hasn’t prevented the witches from trying, or the terminally oblivious within the Church from helping them muddy the waters.

This is a theological shell game. Yes, in onotlogical terms, Biden retains the indelible seal on his soul conferred at baptism. But giving a theological answer to a political question ignores the proper context.

In this case, the context is an ostensibly democratic election wherein citizens will vote for a candidate to represent them. Thus the whole point of CNN telling Catholics that Biden is one of them is to convince them he’ll advance their interests.

Now, all that’s necessary to show the absurdity of that claim is to point out that under Biden’s tenure as VP, the Little Sisters of the Poor were slapped with the HHS mandate that would have obliged them to pay for gravely evil contraceptives–had Trump not intervened, that is.

It’s no use arguing that Biden was powerless to stop the HHS mandate or that his views have since changed. Just last month, he promised to restore the mandate in grave violation of Church teaching.

That, and Biden’s support for abortion, are sound reasons for him to be barred from reception of the Eucharist–which sacrament Catholic priests and bishops have indeed denied him on more than one occasion.

And since he’s under minor excommunication until he publicly reverses his heretical positions and makes a valid confession, it’s hard to see how Biden could have kept the Third Precept of the Catholic Church.

Meaning that, while he retains the effects of baptism and confirmation, Biden remains in grave and persistent error that places him outside of full communion with the One, Holy, Catholic, and Apostolic Church.

Asserting that Biden would represent the interests of Catholics in full communion with the Church would be either laughably foolish or cynically manipulative.