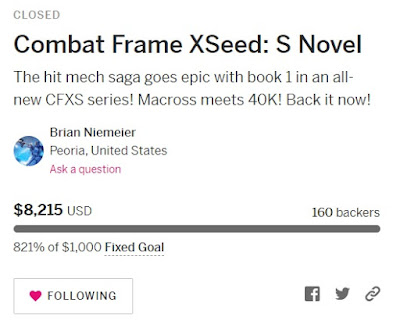 It is true that this campaign didn’t quite meet the funding threshold that would have justified going forward with plans for manga and anime adaptations. However, the astonishing success of this campaign is a clear sign that we’re on the right track. If the growth in my readership continues at its current rate, we should easily meet the 10K benchmark with the next campaign.
Big thanks to everyone who helped secure this astounding victory–especially Our Lord Jesus Christ. The forces of orthodoxy and civilization have been dealt many black pills in recent months. Let this white pill show that we have no excuse for fear, and that God can produce victory from nothing if need be.
Thanks also to our cherished backers who believed in this project enough to front their hard-earned, even in a time of social and financial uncertainty. Your heroic support of artists who work toward your entertainment instead of your humiliation is certain proof that we can and will win. Perk fulfillment is already underway, so keep an eye on your inbox and your mailbox.
Last but not least, heartfelt thanks to those who were not in a position to give of their treasure, but who donated their time and talent to assist the campaign. Never underestimate the power of doing what you can, where you are, with what you have.
God bless,
-Brian