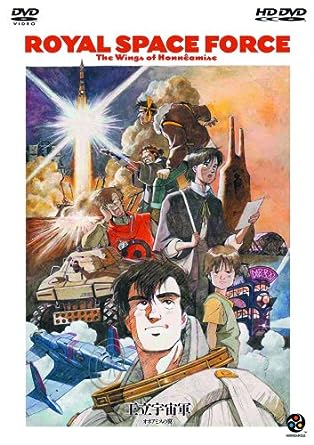 It’s that time of year again, so here’s something to consider when you’re out looking to spread the love. Sure, it’s another anime work out of Japan, but this one is an emerging classic whose influence is still making itself felt across the Pacific and therefore its full legacy is yet untold. That film is [easyazon_link asin=”B00DPH7S0K” locale=”US” new_window=”default” nofollow=”default” tag=”superversivesf-20″ add_to_cart=”default” cloaking=”default” localization=”default” popups=”default”]Royal Space Force: Wings of Honneamise[/easyazon_link].

This is not an action film. It’s not an adventure film. It’s a drama about a young man who becomes the first astronaut for his country, all in the hope of stopping a cold war’s immanently going hot and ruining everything. What makes it remarkable, especially for a work out of Japan, is how important religion–which, for its trappings, is Christianity is all but name–is in the arc that the protagonist takes during this film, an arc that mirrors the space program he joins and champions to its fateful first launch in the climax of the film.

As with the real American space program in the 1960s, the fictional one here hits a very low point and things almost got totally beyond the pale; our protagonist mirrors this journey, so small children shouldn’t be watching this at all and older ones should have their parents on hand for that low point, but he rejects this darkness, ultimately due to that faith taking hold in his life, and becomes a light in the darkness of his world.

If you don’t own it, rent it and share a viewing. This is one of those rare films that transcend its origins in space, time, and medium to become truly beautiful works of art. Even the English dub, done during the time when dubs routinely sucked, wasn’t bad; you’re probably safer with subtitles and the original language track just the same. It’s Japan’s take on the modern mythology we see in The Right Stuff, and it is recommended.